Wartime Internment of ‘Enemy Aliens’ in North America: Are Muslims Next?

First Speaker:
Internment of Japanese Americans and Jewish Refugees: Are Muslims Next?

This presentation will provide a historical perspective on internment measures, deemed "national security required," as an over-arching concern, leading to President Franklin Delano Roosevelt to issue Executive Order 9066 on February 19, 1942, suspending habeas corpus Fifth Amendment rights and authorizing the internment of 110,000 Japanese Americans for the duration of Second World War. Most, though not all, of the 110,000 Japanese Americans who were removed under EO 9066 remained in the camps for the duration of the war. This presentation will also shed light on the little-known story of the internment of Jewish refugees in Canada during the period of 1940-1943. This presentation will establish strong arguments for why similar measures are likely to be put in place in the US and Canada, but this time, toward the Muslim population in both countries and how the policies of President Donald Trump could reduce the Muslim population in the US and this in turn could coincide with "contingency plans" by the Pentagon and other US Security Sections of the US Government. Should the US Government be forming such contingency plans, should Global War preparedness be secretly underway, will Canada again follow in near lock-step with US war measures, as was the case with Japanese internment during the Second World War?

If we wish to understand the potential threats facing Muslims in America, we must make sense of the wartime Japanese confinement experience. This means we must look at these events, not as past history, but as something we still live with, and which grants us special insight when we approach questions of civil liberties today. By the same token, the wartime Japanese experience best helps us to understand and respond to government-sponsored action against individuals based on their membership in a group. Such official discrimination represents a special kind of injustice, one that strikes at the bonds that connect people in a society. It is not difficult to connect these events to the current-day situation by recalling that there were once, and not so long ago, differences drawn between permanent residents in the US based on their national origin. Japanese aliens who were ineligible to citizenship despite their long residence in the country were victimized by other forms of discrimination as a result, and had no recourse after Pearl Harbor, when they automatically became enemy aliens. In sum, the wartime Japanese confinement experience reminds us of the insidious dangers of racial profiling.

Third Speaker:
Complicity Among Nations: Detention of Peruvians and Other Latin Americans of Japanese Background by the United States in World War II Internment Camps

The United States’ employment of internment camps to arbitrarily separate and detain a racially targeted group during World War II provides many important lessons on how critical it is to safeguard civil and human rights of minority groups, especially in times of war or threats to national security. Yet one of these important lessons is that countries often conspire together to target disfavoured groups in order to advance political agendas quite apart from any perceived security threat. During World War II, the United States not only targeted Japanese Americans and Japanese residents living in the United States, but also ultimately conspired with Peru and other Latin American countries to kidnap over two thousand persons of Japanese descent and transport them to internment camps in the United States. Over 800 were later sent to Japan as part of a deal to exchange prisoners. Another thousand were subsequently deported to Japan after the war, when their Latin American countries refused to take them back. The historical lessons from the World War II internment camps must now be emphasized to avoid similar violations as countries collude against Muslims and other targeted groups in the name of national security. 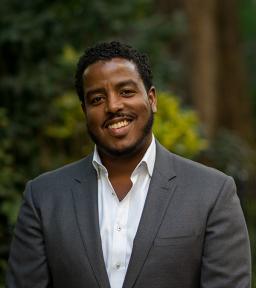 The incarceration of Japanese Americans during World War II is among the more explicit attempts by the United States to respond to a national crisis by embracing a law enforcement paradigm that attempts to predict unlawfulness from one that punishes illegal conduct after the fact. Though now there is broad condemnation of Japanese incarceration, this is mostly because mass preventative detention is perceived as too blunt an approach; predictive policing, however, remains very much in favour. New crises – real or imagined – lend support to the notion that predictive policing is preferable, even essential to the health of the state. That perceived security imperative renders the costs to targeted communities either negotiable or altogether invisible. This presentation will explore current models of predictive policing from “stop-and-frisk” practices common in major US cities, to the criminalization of Black-led political speech against police violence, to Guantánamo, and other post-9/11 surveillance and counterterror policies. In weighing the supposed security benefits against the privacy, liberty, and dignitary costs of predicative policing – invariably borne by communities of colour – this presentation will consider whether the underlying purpose is in fact security or whether the purpose is repression.